A Historical Perspective on the Latino Endowment Fund

In response to these concerns, I worked with the Hartford Foundation for Public Giving to found the Latino Endowment Fund (LEF) in 2003. I was joined quickly by another Latina philanthropist and former President of the Aetna Foundation, Marilda Gandára. Together, we recruited the founding members of the steering committee which guided the growth and development of the Fund over the next several years.

From the beginning the goals of LEF were:

Over the next several years the LEF members would raise over $460,000 and award over $150,000 in grants for programs benefitting the Latino community.

Almost twenty years after its founding the Latino Endowment Fund is needed now more than ever. The impact of the COVID-19 pandemic and its variants, our national political strife and racial tensions have taken a toll on all of us. But communities of color, like the Latino community, have been impacted more severely.

With new leadership at the helm (Barbara Fernandez, Chair and Delpha DiGiacomo, Vice-Chair), the membership is creating an ambitious new strategic plan to grow the Fund and increase impact.  The Latino community needs you too! Click here to join us. 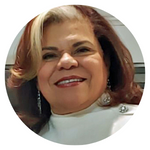 Sort by Town
Sort by Category